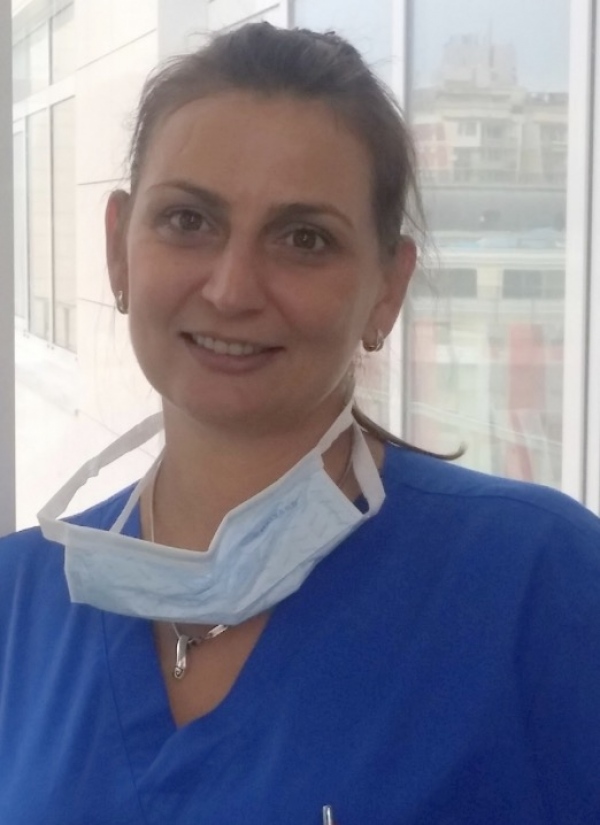 Borislava Popova MD, graduated at the Medical University Sofia in 2000.In 2003 she passed the United States Medical License Examination and obtained the right to practice medicine in USA, where she worked as a volunteer at the Resurrection Hospital, Chicago, Illinois. The same year she also worked as a national consultant on UN program "Improvement of sexual and reproductive health of young people in Southern and Eastern Europe. Borislava Popova, MD did her residency at the University Hospital “Majchin Dom” and in 2007 she obtained her specialty in Obstetrics and Gynecology In 2008 she graduated a fellowship program in Endoscopic Surgery of WALS (World Association of Laparoscopic Surgeons) at Laparoscopic Hospital, Delhi, India. She has passed many educational courses in Ultrasound and Doppler diagnostics in Obstetrics and Gynecology, Colposcopy and destructive treatment in dysplasia of the cervix, Laparoscopy and Hysteroscopy (diagnostic and operative) in Gynecology, Gynecologic Surgery and High risk deliveries. Borislava Popova, MD has attended specialized course in resectoscope bipolar hysteroscopic surgery of ESGE, Florence, Italy; specialized course in colposcopy under the supervision of Prof. Albert Singer, specialized courses in endoscopic gynecology- myomectomies and hysterectomies at Kiel University, Germany and University of Minho, Braga, Portugal. In 2017 she obtained a Bachelor’s degree in endoscopic surgery from the European Academy of Gynecologic Surgery, Leuven, Belgium. At present Borislava Popova, MD works as a gynecologist at Vita Hospital- Sofia. She has worked from 2007 till 2017 at Tokuda Hospital – Sofia in the department of general and oncologic gynecology and pelvic surgery. Borislava Popova, MD is a member of: The Bulgarian Association of Obstetrics and Gynecology, The Bulgarian Medical Association, The Bulgarian association of Mini-invasive Surgery, The Bulgarian Association of Oncogynecology, The World Association of Laparoscopic Surgeons, The European Society for Gynecologic Endoscopy,